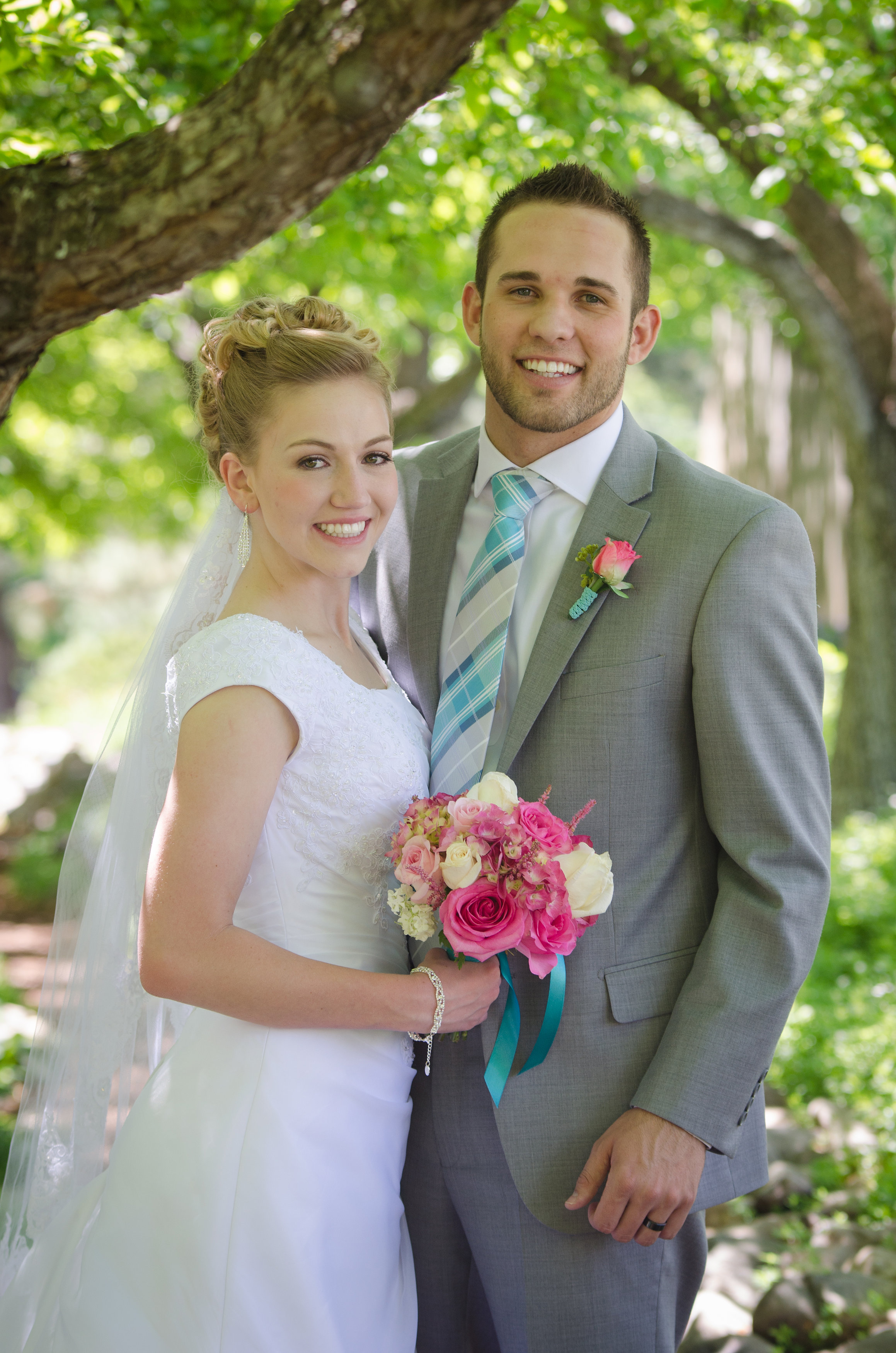 It took an alignment of the stars for Janae & Jackson to officially meet. They’d taken a class at USU together in spring 2013, and though they greeted each other, they were both too shy to approach the other and talk. Fast forward to the day of their final exam, Janae decided that she would wait outside until Jackson finished his test to finally talk to him. Eventually, the awkwardness of pacing outside the room waiting got to her and she ran home. Little did she know that Jackson had waited outside their class before the test to talk to her, but that she been only seconds too late to catch him. When he spotted her outside waiting after the exam, he thought he’d gotten another chance, but his excitement was cut short as she dashed away. Jackson called all his friends and his mom to tell them that he’d never talked to the cute girl in his class.

Fate smiled down on them in July when Jackson and his family walked into the store that Janae worked at. She remembered that smile of his and knew it would likely be her last chance to act on her feelings. She rang them up and found out his name, so when he didn’t ask for her number, she took it upon herself to find him and message him her number on Facebook. A few days later, the now-couple went on their first date and eventually married on May 30, 2014.

When searching for her dress, Janae knew exactly what she wanted–a modest Bonny A-line gown with beaded lace detailing. It was just a matter of finding it! After checking a number of stores, she came to Petals and Promises, worried that she wouldn’t be able to get her dream dress in time. “I showed them them a picture of it and they miraculously had the same dress. This was my sign that it was the right dress after all! I was absolutely in love with it and when I looked in the mirror, I felt like a princess and could easily imagine my prince at my side.” 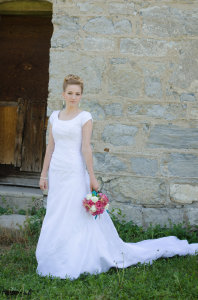 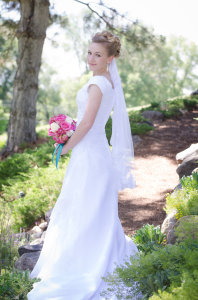 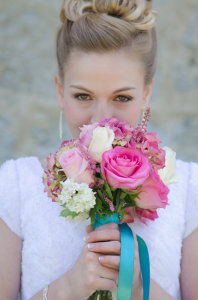 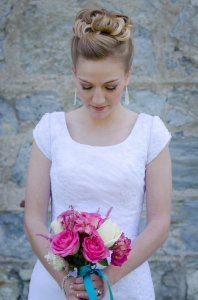 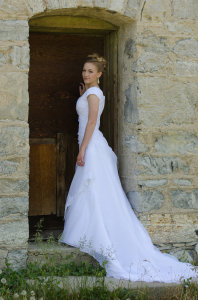 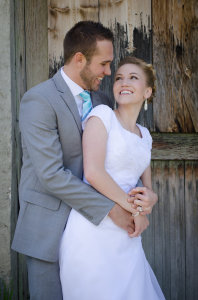 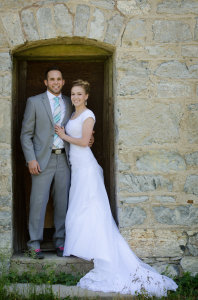 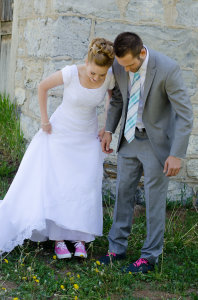 Congratulations to the happy couple that finally found each other! 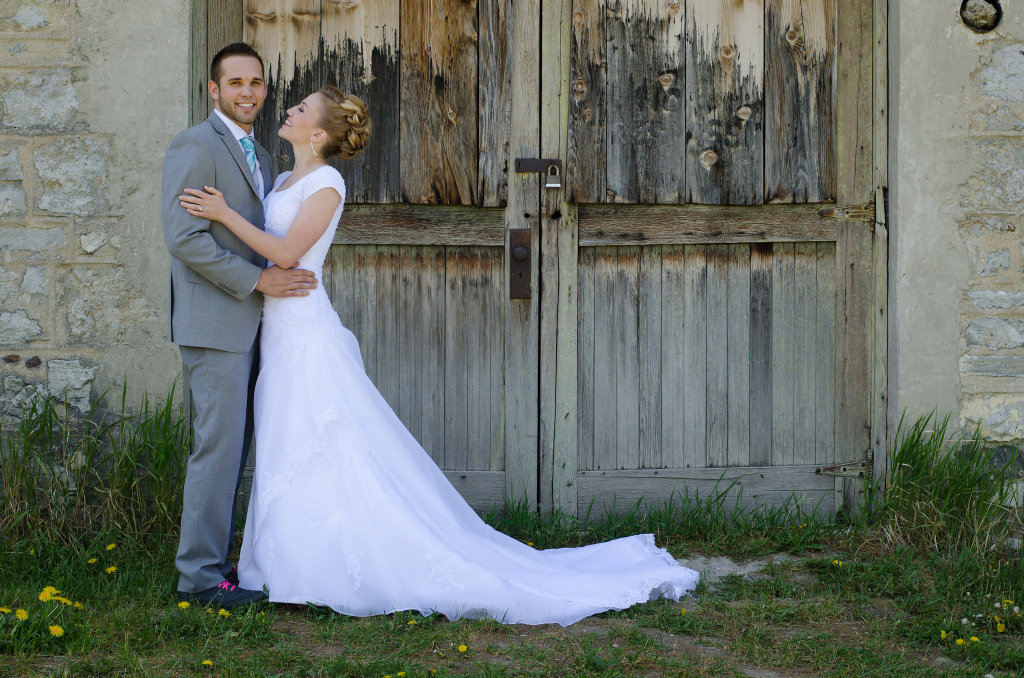