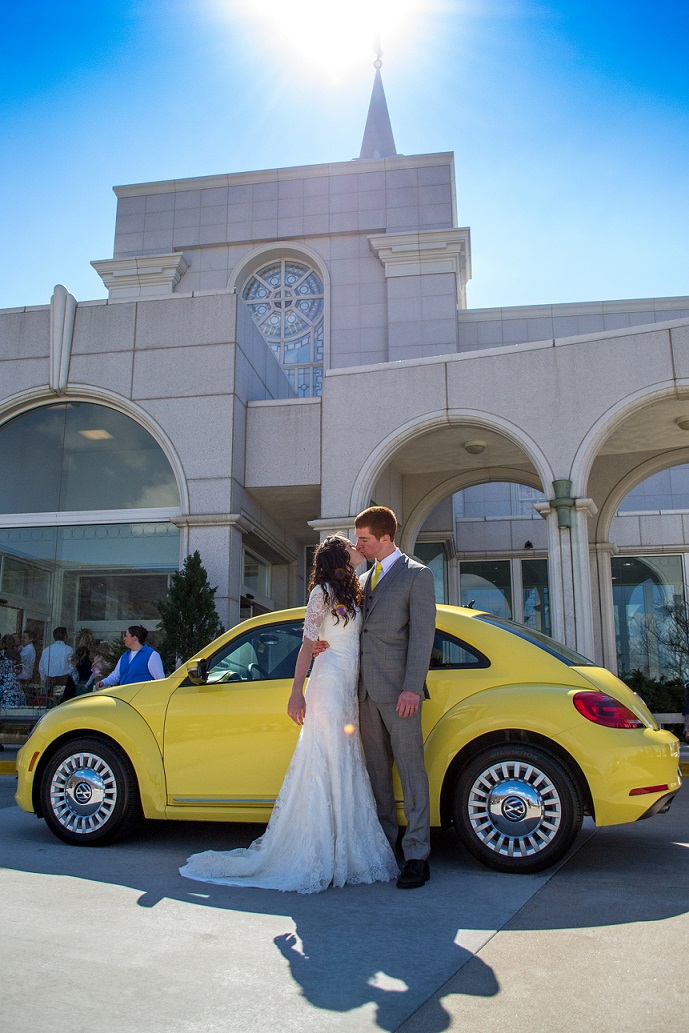 Everything happens for a reason, and chance doesn’t exist, at least not for Peitra & Sam. This easy and reliable theory can be applied to the good, bad and even unexplainable. It is in this enduring adage that we can find hope, assurance, confidence and peace. What better way to return the favor by offering warm words of inspiration to someone other than ourselves? This cliché is, in reality, glorious and true.

For Peitra Moses and Sam Whiting everything happened for a reason. This is their story. 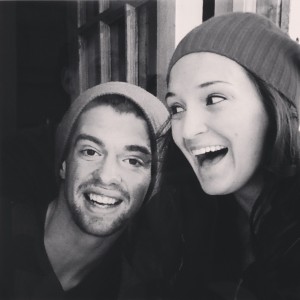 Peitra was first introduced to the sport and art of canyoneering by her sister Katie and brother-in-law Kim. In June of 2013, Peitra, Katie and Kim set off for Southern Utah with four other friends to explore the beauty of the region’s canyons.

Peitra was briefly introduced before a full day of hiking Spry and Keyhole Canyons. At that point, all they knew about the other was that they both enjoyed canyoneering. That first day they made plans to go out once they returned home. The spark had been lit.

Exhausted from the demanding day of canyoneering, Petira slept in the next morning while the group hiked Angels Landing. After waking, she reluctantly went on the Birch Hollow hike.

Birch Hollow is compiled of multiple rappels and is beginner friendly in general. The group decided to simul-rappel, a technique which allows two people to rappel at one time. Sam and his best friend, Zach, rappelled side by side and made it to the bottom. While the men continued on to the next rappel, Peitra and her friend, Josie, began their descent.

Peitra yelled, “Fireman,” as an emergency call to put tension on the rope. Another group of hikers caught Josie 10 feet before she hit the ground. After safely placing her feet on the bottom of the canyon floor, the belay rope connecting her to Peitra came out. It was too short to keep her safe. Peitra plummeted 60 feet, screaming, into the ground.

Sam heard Peitra’s screams and her body hitting the ground from the next rappel. He freehand climbed back to where her body lay.

Sam never left her side.

As storm clouds gathered and released their rains, Peitra knew she was broken and in danger. The weather forecast had been clear, but of course when it rains, it pours.

There are very few options for hikers when floods are threatening to fill canyons. The others in the group knew the urgency of their situation and moved quickly to relocate Peitra. The severity of her situation was increasing by the second.

Sam, Zach and the other witnesses of the fall used an assortment of day-packs and bags to move Peitra as quickly and as carefully as possible to a small cave. Everyone but Sam and Zach took the trail to exit the canyon to find help.

Luckily Kim, Peitra’s brother-in-law, had stayed behind that morning and was able to call for search and rescue teams.

With Sam by her side, Peitra stayed positive as they waited through the storm and the night. It wasn’t until daylight that the rescue helicopters were able to safely remove Peitra from the cave.

Staff at Dixie Regional Hospital assessed Peitra’s injuries and determined the fall had broken her back and pelvis. She was relocated to a facility in Salt Lake City where she was reunited with her family, friends and Sam.

Over the next week Peitra underwent multiple surgeries in an attempt to repair her body’s damage. 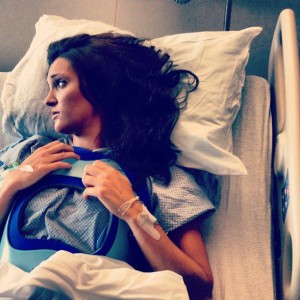 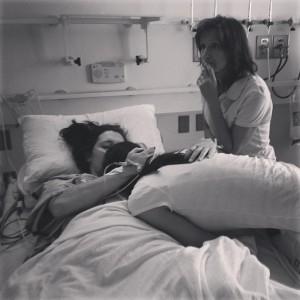 Over the next month, Peitra learned just how incredible Sam was and realized the man that he was. Their first dates were full of crutches and back braces, but the couple soon came to know the power of truly loving another person. They grew closer every day and were engaged in November to be married, just five months after Peitra’s devastating accident. By December the couple was rock climbing again. 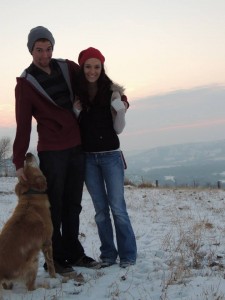 Peitra Moses and Sam Whiting were married on March 8, 2014. They say they owe it all to God.

Everything happens for a reason. Even in our most dire circumstances, when we feel trapped in our caves and broken inside, we are never alone.

Special thanks to Peitra and Sam Whiting for sharing their story with Petals and Promises. We wish you the best in your next adventure together.