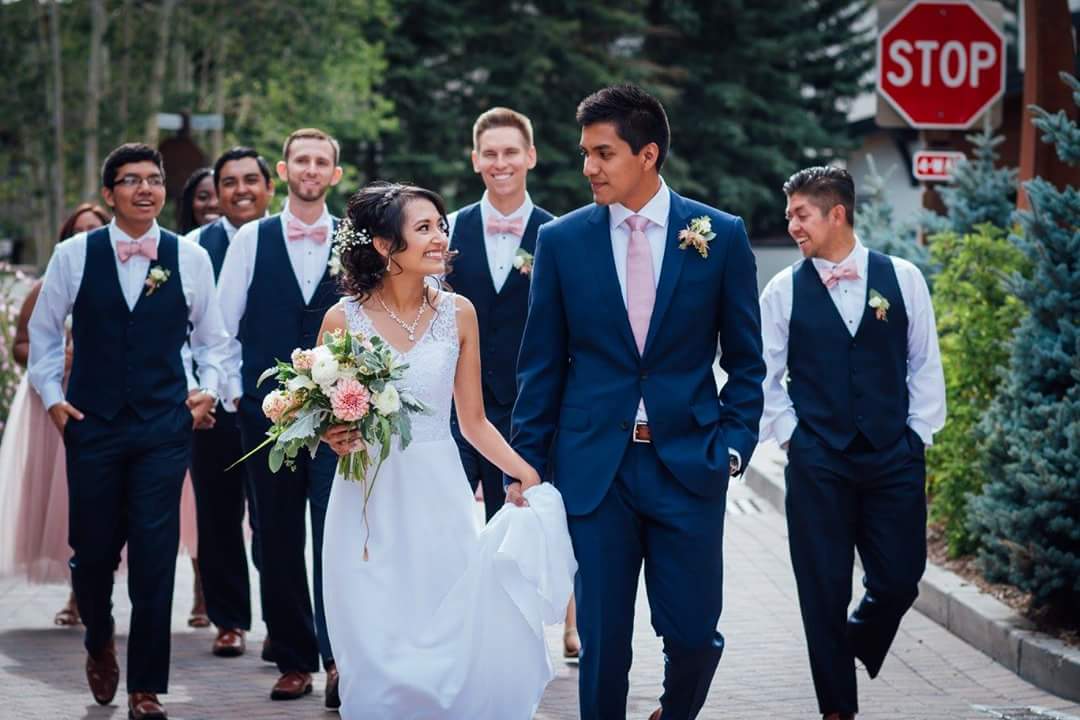 “I had originally gotten a dress from a bridal shop in Idaho Falls. I fell in love with a dress that was two sizes too big for me, had too much beading for my liking, the chest area had wiring that made it look like I had pointy boobs, and it was expensive. I told the sales associate my concerns and reasons why I wouldn’t buy the dress. The sales associate promised me that all my worries were an easy fix and that they would reduce the dress for me. Not knowing much about alterations and what was an easy fix and what wasn’t, I took the dress.

I wanted to save a little bit of money, since my fiancé then paid over a grand for the dress, I took my dress to a my friend’s mom who has some experience. Unfortunately, my friend’s mom didn’t not want to ruin the dress because it wasn’t as easy a fix as I was told it was. She also pointed out a lot of little things that started to make me question the dress. For what my fiancé then paid for it, the dress should have been in better conditions. I started to dislike the dress. When I would try it on I didn’t have the same feelings I did the first time I had tried it on, I felt ugly. I was starting to get frustrated and angry at myself for not looking at other shops, for not waiting, for rushing into things. My friend’s mom told me to take it back to the store and see if I could get a refund or credit.

I went back to the store and expressed my concerns. I told them about the promise the sales associate had made me. Lucky for me, the sale associate that helped me that day was there and told the owner and the seamstress the same thing she had told me. The seamstress of the shop corrected her and said it wasn’t an easy fix and it would take time. The seamstress had me try on the dress and told me she would have to charge me $100 for each bust to fix it and that didn’t include the work for making a size six dress into a two. That dress needed so many alterations before it could fit me perfectly. At this point I wanted to cry and yell, but I couldn’t there was so much money already spent on this dress. How was I supposed to tell my fiancé then all of this? After what he had paid for it, we wouldn’t get the money back.

The owner and the seamstress gave me the option to give me credit to use towards another dress. I was happy and excited that I didn’t have to walk down the aisle with a dress that had been stressing me out and giving me nightmares. I started looking at other styles of dresses and showed them what I wanted. The bridal shop was so willing to help me but that willingness slowly faded away. They tried to pressure me into buying a dress they had in the store, which none where in my size or style I wanted. They were not willing to look into shipping a dress, giving me the excuse it was too late to order a dress. Even though they had told me they could order a dress if it was in stock.

I decided to do my own research and started calling other local bridal shops. I asked them about a time frame for a dress to be shipped, if in stock. They told me the earliest a dress could be shipped is two weeks. So the bridal shop lied to me and they weren’t trying to check to see if the dress I wanted was in stock. I was going to try and see if I could get my money back, but of course they refused. I didn’t know what to do, it was either keep the dress and run the chance that it wasn’t going to turn out how I wanted it to be or pick a dress that fits me but not in the right white that I wanted. I thought maybe if I sell the dress I could get some money back, but where could I sell the dress? I was trying to look for a solution but I got nowhere.

One day at work I was asked about how my dress was coming along. I told my co-workers about my mishap and that’s when one my co-workers suggested a seamstress that she swore was the best around. I thought maybe my luck has finally changed! I trusted the word of my co-worker since she’s all about appearances. My co-worker gave me the seamstress’s number and I called the her. I told the seamstress my story and she was more than happy to help me and make things better. I went and got my dress from the bridal shop and took it to the seamstress. When the seamstress had me try it on, the dress magically fit around my waist. It actually looked like it fit and the it was trimmed because it wasn’t as long as it was when I had tried it at the bridal shop. The seamstress said she would fix the bust, take the beading off, and fix the bottom because it was still too long.

The seamstress took over a month to work on my dress. When she called me to tell me she was done and my dress was ready to picked up. She had me try it on and all hope I had for the dress left. It felt too tight around my arms, I felt like I couldn’t breath, and the bust…I don’t even know what she had done to it. It was a mess. I told her about it and she said not to worry it was because I was wearing too many layers and the bust was as good as it was going to get. I couldn’t even argue with her, I just smiled and gave her my money. I knew I messed up, I knew the dress was messed up, what could be done now? I had already paid her and she wasn’t giving me my money back. Which when I tried later on to get it back she refused even after I told her all her mistakes she made.

My wedding was less than 3 weeks away. My dress was ruined. I was angry but not at anybody but myself because it was my fault in the end. And I couldn’t tell my fiancé then anything, how could I? I reached out to Petals and Promises without knowing what would happen, if they could even help. Camia was so nice and willing to help me that without a thought I headed to Logan from Rigby. Camia did everything in her power to help me. I tried a few dresses on and I found the one, except was I willing to spend more money? In the end I did and she had Jodi see me that same day to try and get my dress fixed before I had to go back to Idaho. Both Camia and Jodi did so much for me. For the first time in months I was excited to walk down the aisle. I might have spent more than I had, but in the end everything fell into place.

Thanks to Petals and Promises I had the perfect dress for me. Camia and Jodi saved me from a bride’s worst nightmare. Jodi also helped one of my bridesmaids with her dress. They are amazing! I don’t even know how to thank them. Thank you isn’t enough for what they did for me.” 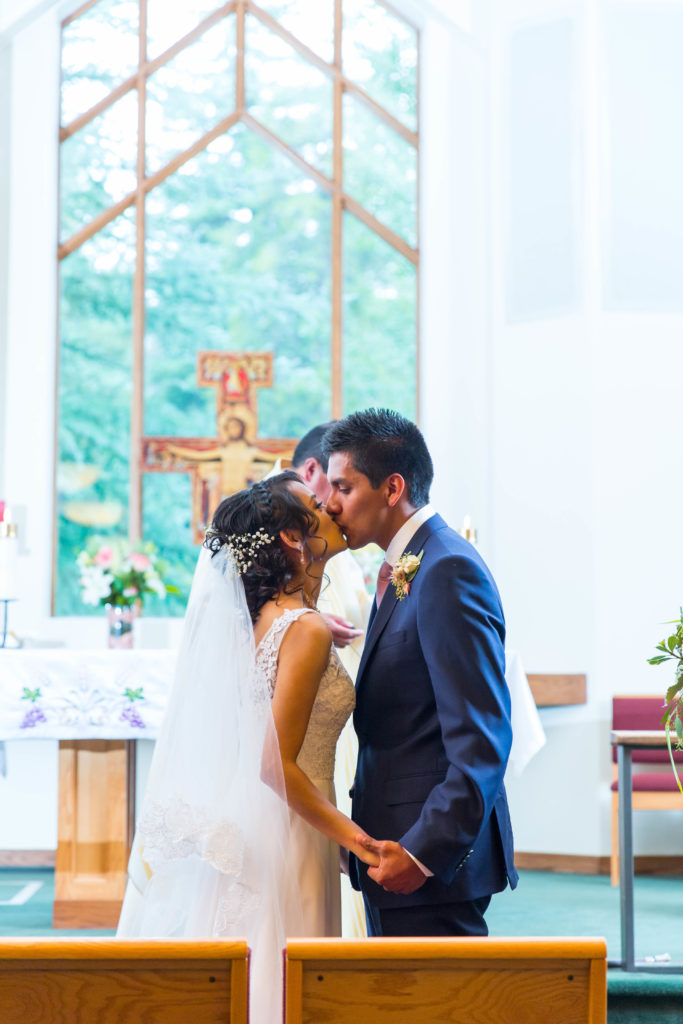 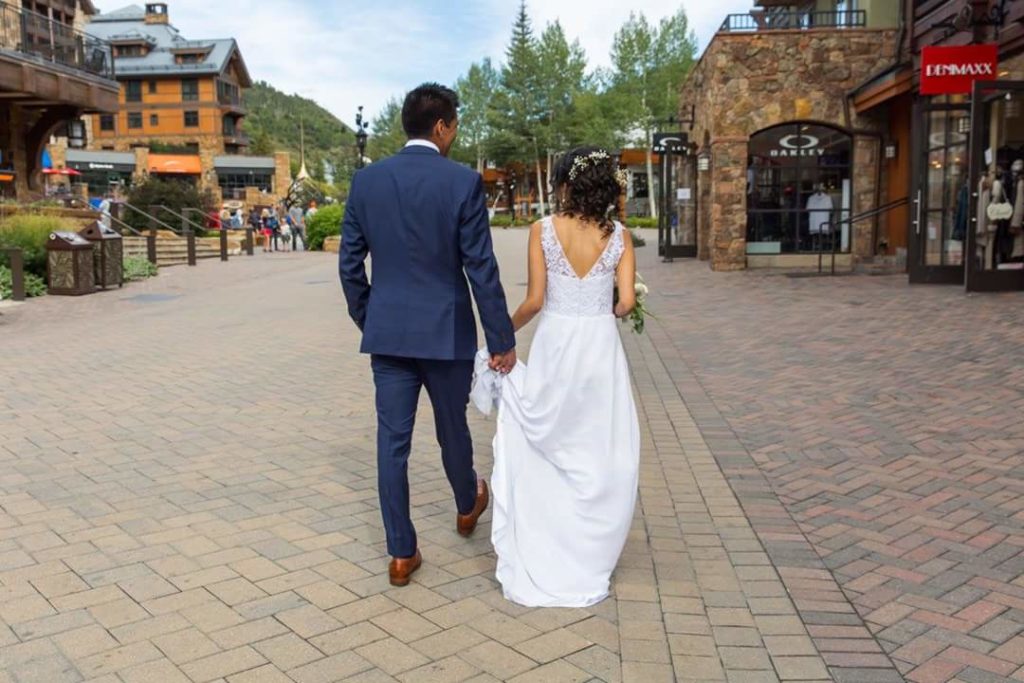 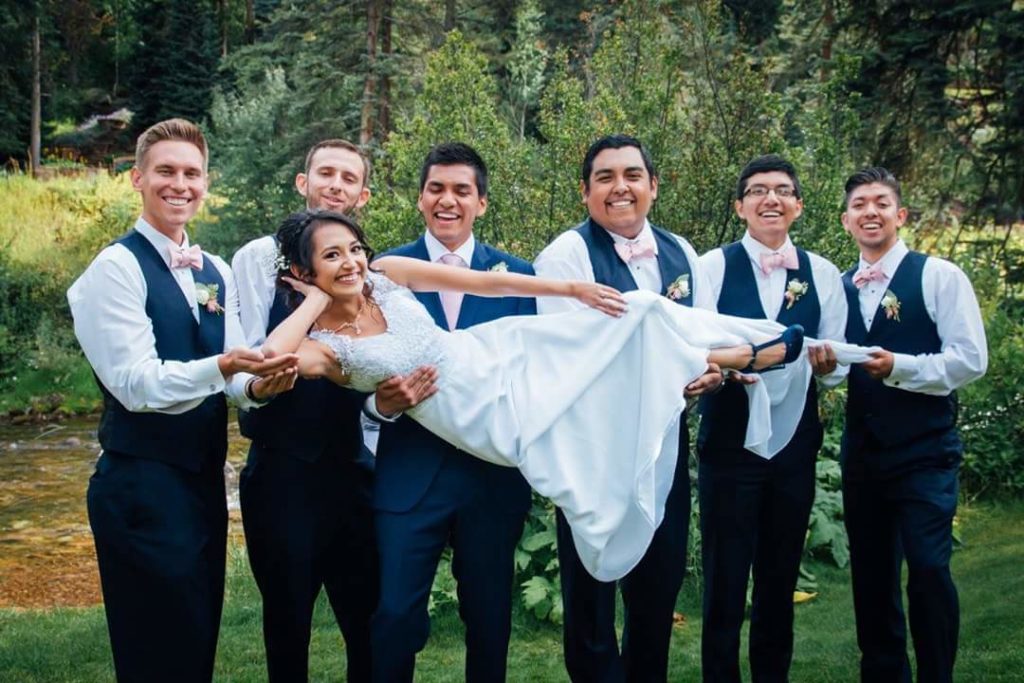 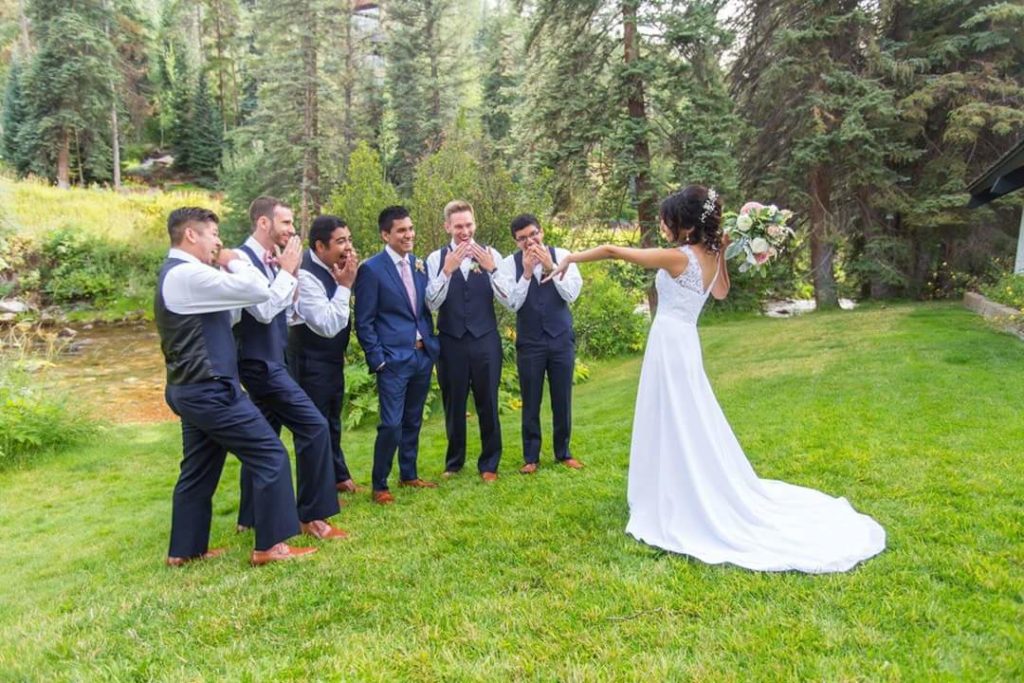 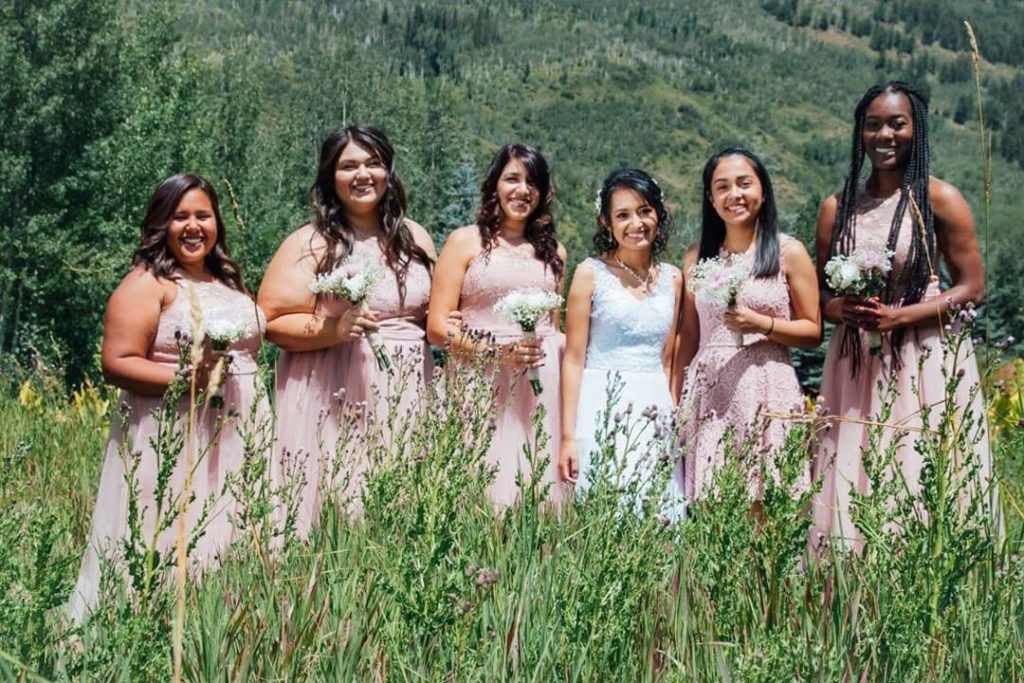 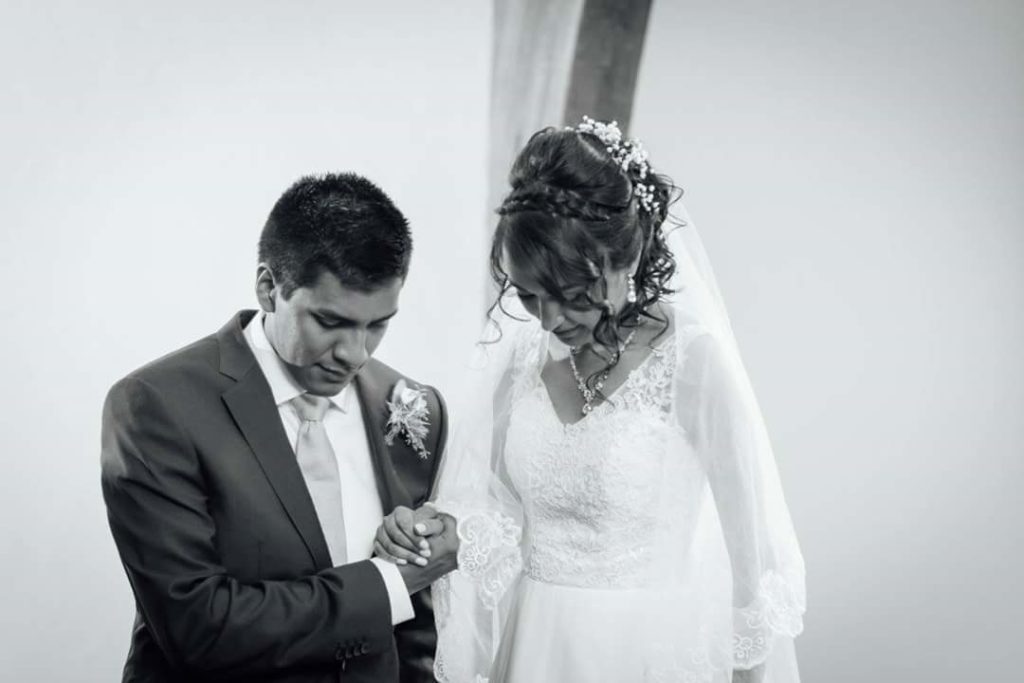 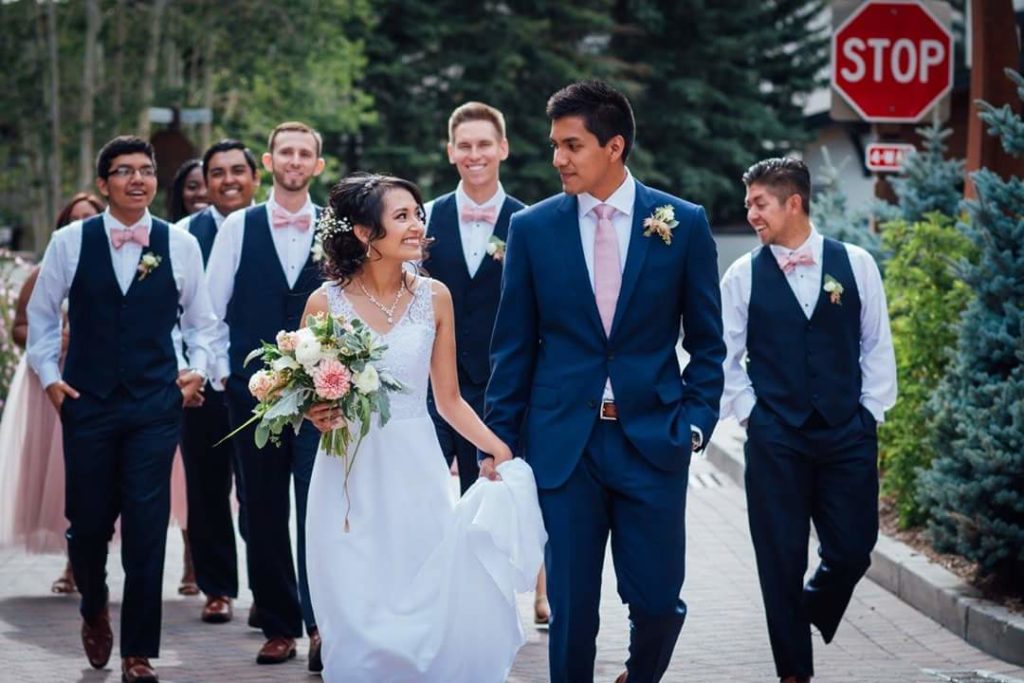 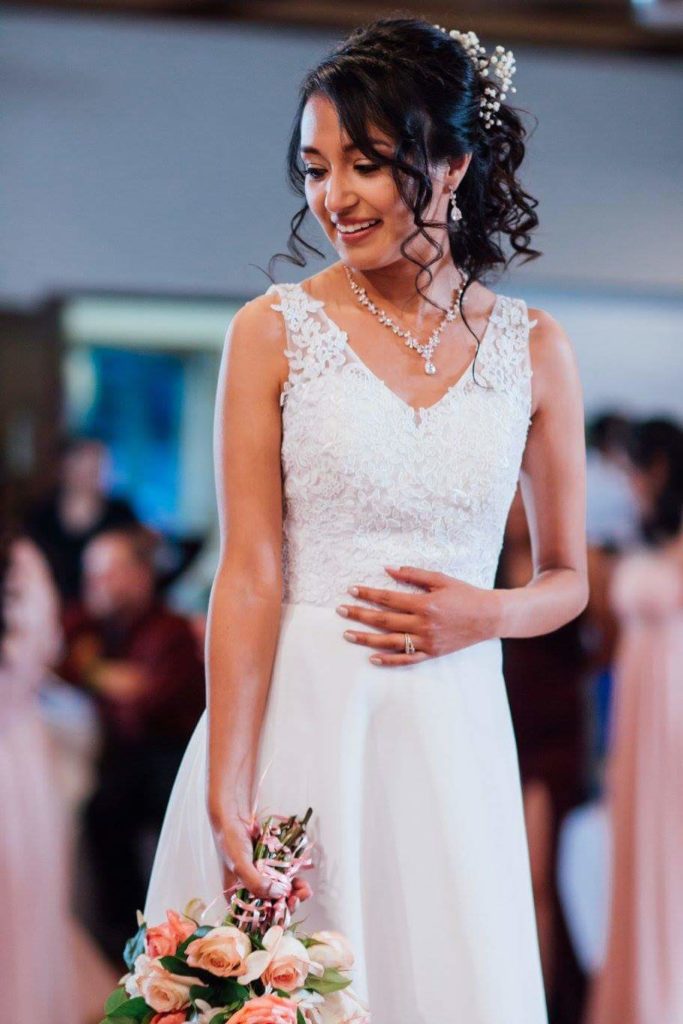 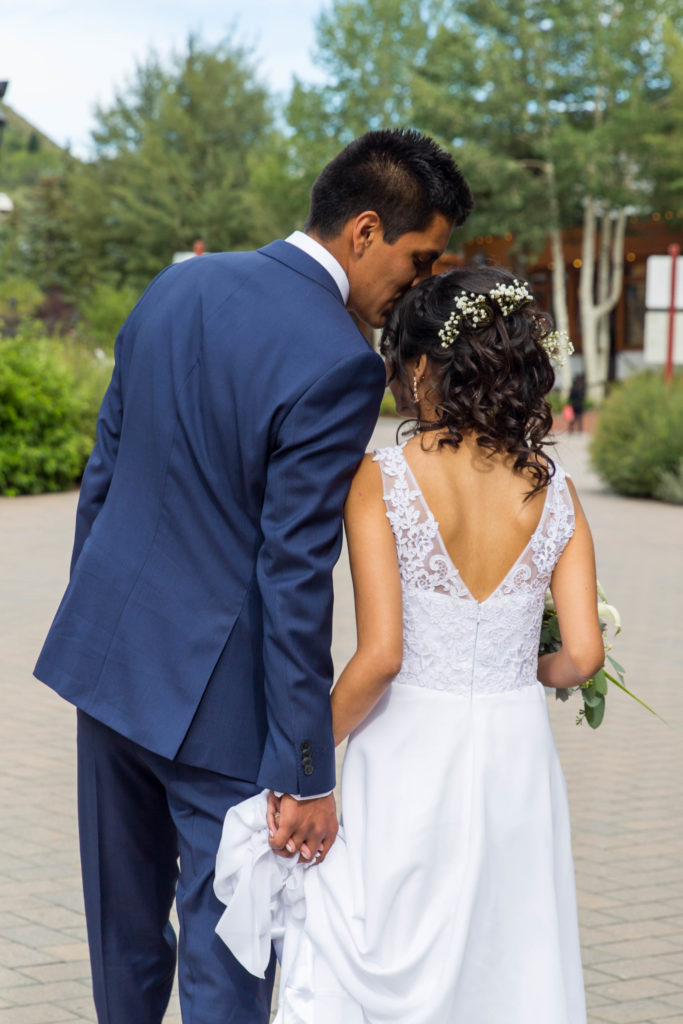