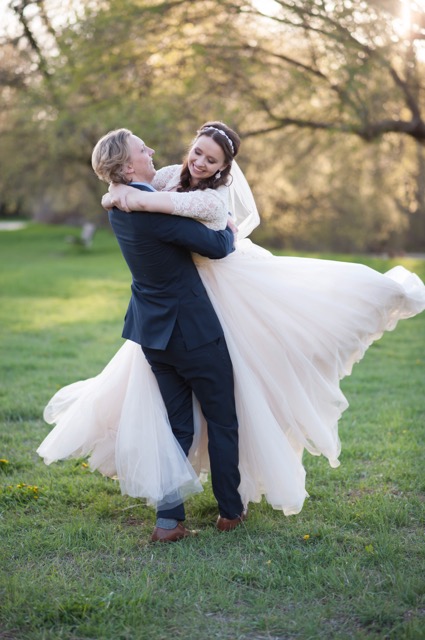 Hannah and Chris met when they were neighbors while attending Utah State University in March of 2015. They had an immediate connection, but Hannah says she didn’t see it as anything more than a friendship. A week after they met, Hannah’s pianist for her voice recital (She was a vocal performance major at the time) canceled last minute. Hannah had heard that Chris was the organist for his ward, and was a great pianist too. Hannah jumped at the opportunity and texted Chris to ask him to play for her recital. He agreed, and learned her piece in one night! Hannah later discovered that Chris had terrible stage fright and had only agreed to play for her because he really liked her.

On April 10, 2015 they had the most perfect first date. Chris took Hannah to the Pie in Salt Lake City and then to a drive-in theatre to see Cinderella. A few weeks later, they had their first kiss, which turned out to be incredibly awkward! Hannah had butterflies nonetheless and knew she was beginning to really like the cute, shy, silly blonde boy from several buildings over.

Soon enough the school year ended and Chris moved away. That didn’t last long, he quickly looked for a new job in Logan to be closer to Hannah. They spent every waking moment together that summer, and both realized that this was real love. One late summer night, they went to a movie followed by a drive to Hannah’s favorite spot overlooking the valley. Chris gave Hannah the most beautiful speech of reasons why he loved her and why he wanted to spend forever with her, he then got down on one knee, pulled out a ring, and asked Hannah to marry him.

The end of summer approached and Hannah was supposed to move to England for a job. The thought of leaving the man she loved to live in another country broke her heart.She turned down the opportunity, and they set the date for May 7th, 2016. 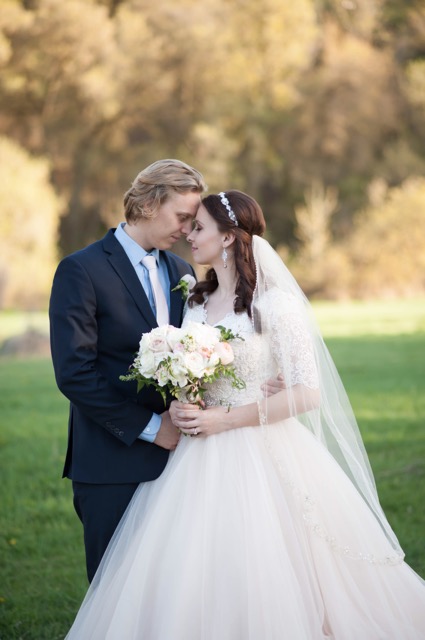 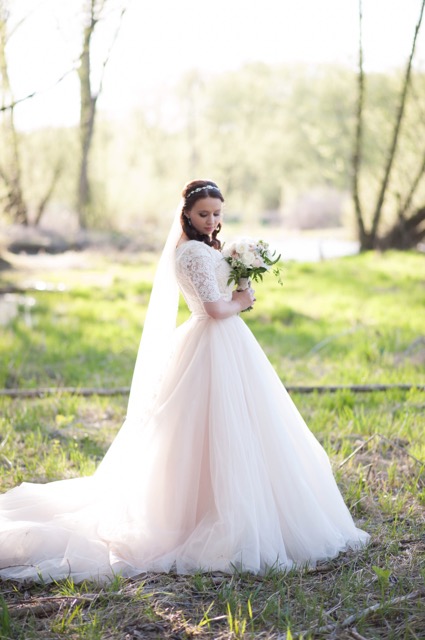 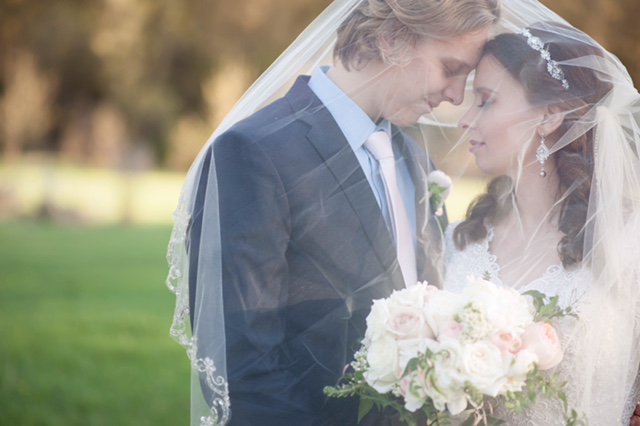 “My mom took me dress shopping for my wedding dress. We went to several stores and nothing seemed to be popping out to us, then we came to Petals and Promises. I tried on several dresses that were all beautiful, but the last one I tried on was a one of a kind champagne colored dress that took my breath away. It was so perfect and so ME. That was the dress I said yes to, and the dress I wore on April 20th for our first look, and again on May 7th when I married the love of my life.” 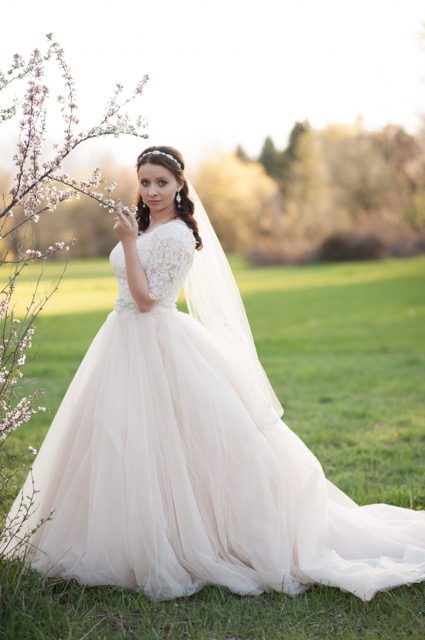 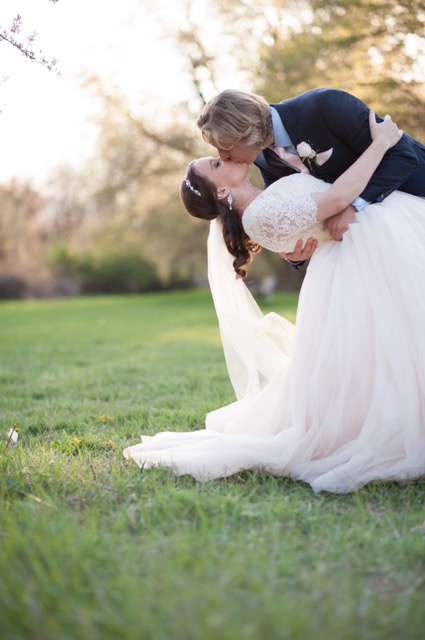 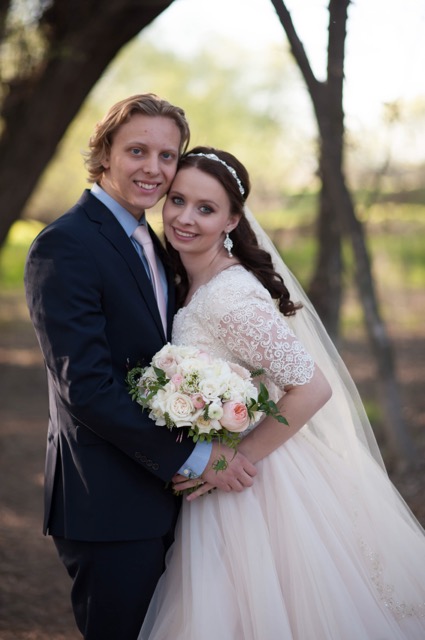 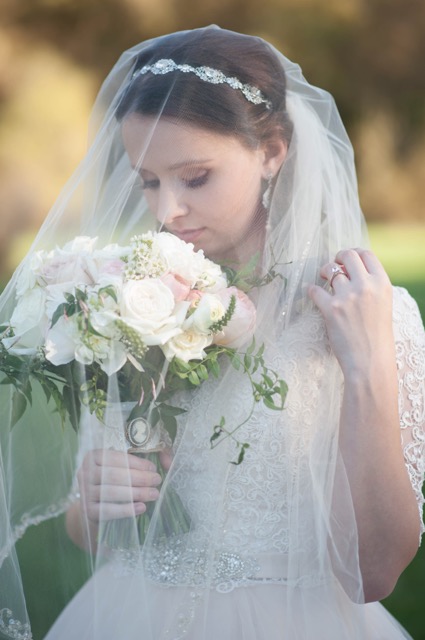 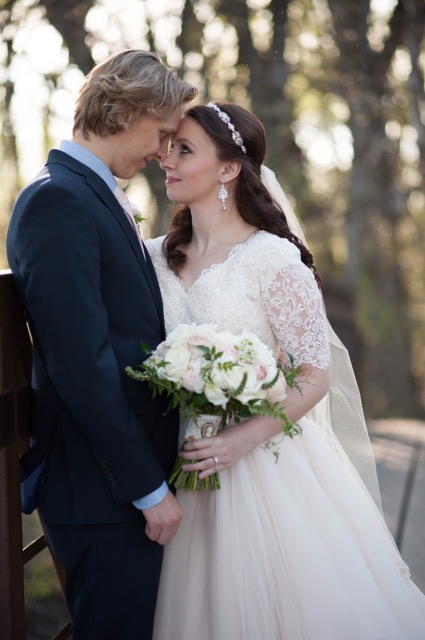